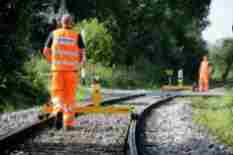 To construct anything haphazardly is not engineering. Prior to survey the available maps of proposed area are studied. This helps in fixing suitable alignment facilitate various surveys work. The various engineering surveys which are carried out for the choice of route of a new railway line survey can broadly be divided in to three categories.

By reconnaissance survey, a number of possible alternative routes between two points can be worked out. This information becomes useful at a later stage in the selection of best possible route between two points. The successful conduct of the reconnaissance survey entirely depends on the personal qualities and abilities of engineers such as training and experience, capacity of observation and interpretation of the features of the territory etc.

The information are generally gathered in the following two categories

This consists of collection of the information regarding the following:

The object of preliminary survey is

The x-sections of all representative points along the route and feature of the country are marked. The cross sections are taken at 500ft interval normally. Similarly where the route crosses a river, the river is surveyed in detail for about one mile on either the upstream and downstream sides. The detail maps are prepared and the cost of different alternatives is calculated accurately to select the most economic routes.

It is the final survey used to locate the centre line of the railway line the main object of this survey is to carry out the detaile3d survey along the route which has been fixed as the most economical route from the data of preliminary survey.

The location survey is carried out in two stages

The final route selected is put up on paper and details such as gradient, curves, contours etc are worked out. The long sections and formation levels are sorted out and working drawings are prepared for all small and large structures.

The field location transfers the paper location to the ground to have a good profile as in paper location. It also gives the requirements of the construction engineer such as benchmarks, levels, measurements etc.  The centre line pegs are driven at every 1000 ft or 300 m along the centre line of the track. Every change in direction, the beginning and end of a curve and the intersection of tangents are clearly marked. Sufficient benchmarks are established at a distance not more than ½ miles along the alignment to which levels can be referred and gradients can be transferred. The centre line and other pegs are surrounded by stone masonry or concrete pillars on which the changes and levels are marked. The centre lines of culverts, bridges, tunnels, stations buildings, yards, signal cabins etc should also be fixed. The construction work should also be possible after completion of location survey. 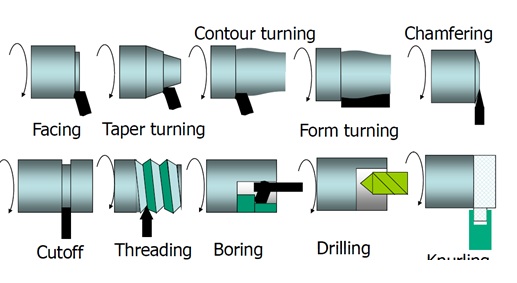